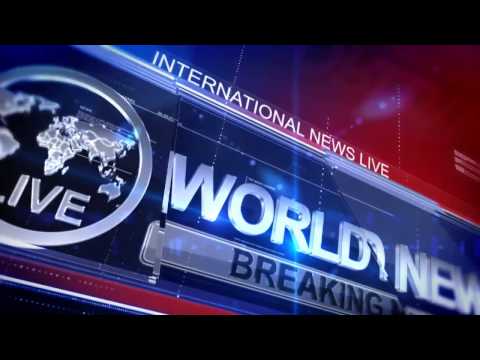 Pakistan's economy contracts for first time in 68 years by -0.38% amid COVID-19 pandemic


Islamabad: For the first time in 68 years, Pakistan's economy is set to contract in the outgoing fiscal year with a negative 0.38 per cent due to the adverse impact of the coronavirus pandemic coupled with the already weak financial situation before the pandemic hit the country, according to the economic survey unveiled on Thursday.
The pandemic has badly hit the economy in the current fiscal year ending on June 30.
For the first time in 68 years, Pakistan's economy has marginally contracted by 0.38 per cent in the outgoing fiscal year due to adverse impacts of novel coronavirus coupled with economic stabilisation policies that had hit the industrial sector much before the deadly pandemic.
He said the current account deficit was reduced by 73.1 per cent to USD 2.8 billion against USD 10.3 billion last year which was 3.7 per cent of GDP. "The current account deficit that we inherited was around USD 20 billion but we have reduced that to around USD 3 billion. This is a huge achievement of the government," he said.
Minister for Economic Affairs Khusru Bakhtiar said that this government had USD 9 billion forex exchange reserves when it came to power in August 2018 and by the end of this year it would be more than USD 18 billion.
He said the debt was USD 40 billion in 2013 and rose to USD 48 billion by 2013 during the tenure of Pakistan Peoples Party and again increased to USD 73 billion by 2018 in the five years of Pakistan Muslim League-Nawaz.

Summary Source | FAQ | Feedback | Top keywords: billion#1 year#2 USD#3 per#4 Pakistan#5
Post found in /worldnews.
NOTICE: This thread is for discussing the submission topic. Please do not discuss the concept of the autotldr bot here.

Some news you may have missed out on part 134.

Some news you may have missed out on part 75.

Some news you may have missed out on part 104.

Some news you may have missed out on part 61.

Why I believe Modi is the real peacemaker in the India- Pakistan faceoff!

Context :
Unless you've been living under a rock, you'd know that India had conducted an airstrike in Pakistani territory in response to Pulwama suicide bombing which killed more than 40 CRPF men in Kashmir, India. The terror outfit Jaish-e-mohammad took responsibility of the attack. Feb 26 airstrikes by India were conducted on a major installation of this terror outfit.
​
As the situation was expected to go, Pakistan vowed retaliation. On Feb 27, 24 F-16s and JF-17s progressed towards Indian side. In response to this infiltration attempt, India scrambled 8 jets ( MIG-21 Bison, Mirage 2000 and Sukhoi 30MKI ). In this Dog fight, one of the F-16 of Pakistan was shot down by a MIG 21 BISON. However, the MIG also crashed and it's pilot, W.C Abhinandan landed on the Pakistani side.
​
Pakistan PM had made 2 attempts to "persuade " (in their own terms) India to de-escalate. Coupled with the release of W.C, Pakistan PM is being promoted as a candidate for Nobel peace prize by their media and citizen alike. BUT IS THIS THE ONLY PERSPECTIVE ?
​
Analysis
If one changes the shades and sees through Modi's eye, the situation looks all rehearsed by the Indian side with nothing (much) really going off tracks. So yes, Prime Minister Modi decided to take action on terror outfit. The objective of the mission? To eliminate the chief commanders and key people of JEM who provided strategic and logistic support to this terror outfit. The airstrikes made sure that this was achieved. In a press briefing, the Indian Foreign secretary confirmed a "non- military, preemptive action ".
Words matter a lot in international diplomacy and hence, the need to put them out there in bold. Since this was not a military action, the action cannot be treated as an act of war and qualifies, at best, as an aggressive violation of airspace. But unless declared as a "state of war"(as required by Hague convention) by any one side, the situation at best can be defined as an " armed conflict ", thus triggering the Article 2 of Geneva convention (which only means that the conditions of Geneva conventions relating to treatment of soldiers, POWs, nurses etc now apply under Article 12).
Okay, so Pakistan did react but this time hitting **"military installations" ,**as confirmed during the joint press brief of all the three forces of India. This does translates down to an act of war as it gives a logical excuse to any country to declare an official state of war. However, India did not choose to do so.
Also, in his request to de-escalate, Pakistan, a state with $6Bn as forex, talked about how nuclear war would be disastrous for the region. But wait a second, who even mentioned war? Pakistan did! Did Government of India or any of the representatives of the armed forces even mentioned the word 'WAR' when they were being blackmailed by the terms such as "nuclear" from the other side? I don't count the war room experts of ABP news as official spokespersons for India, sorry.
While watching France24 debate on this issue, I heard a unique point being mentioned by a panelist who said that Modi's continued engagements with scheduled functions showed a complete lack of leadership. I found it interesting because his continued engagements at different events showed how disinterested the Government of India was in a war that was almost a reality to the TRP freaks and keyboard warriors. It also showed how India was calling the bluff of Pakistan out in the open.
Was Indian reaction to the inbound Pakistani jets wrong? Isn't it the duty of IAF and other armed forces to react as bravely as they did? Isn't it logical that India offered no negotiations on the release of W.C Abhinandan, making it clear that the Pakistan must release it ? Isn't it logical that India took the matter to UNSC the day airstrikes were conducted , thanks to the French? Would a country, interested in war or escalation of conflicts approach an international body on security ? Isn't it logical that few hours into the announcement of visit of Saudi FM to Islamabad and a interesting remark the US president, PM Imran khan offers a peace gesture?
Conclusion
Truth is, the whole narrative of war was created by Pakistan and fueled by the TRP hungry news channels. India and it's leadership are the real peacemakers here because we defeated the narrative of war, pressurized Pakistan into making a BBC gaffe which made them admit, on record, that they know where JEM chief is , and also called the bluff that Pakistan takes with itself to the table.
​
​
EDIT : Forex of Pakistan changed from $2BN to $6 BN as reported in January 2019.
EDIT 2: Formatting and grammatical edits to make it simpler to read.


NEW DELHI: The debt owed by Pakistan to China has been pegged at $6.56 billion for the July-April period, equal to three-fourths of the total $8.6 billion worth loans that Islamabad received in the past 10 months.
These loans are for the Karachi nuclear power plants, known as K2 and K3, and China SAFE deposits.
Out of the $6.5-billion loans from China, $2 billion was in SAFE deposits and $2.53 billion in foreign commercial loans, to cushion declining forex reserves.
China Development Bank gave $2.24 billion as a short-term loan, while Industrial and Commercial Bank of China disbursed $300 million.
China gave $628.4 million for the construction of two ongoing nuclear power plants in the past 10 months, Pakistan finance ministry statistics revealed.
China also gave $1.4 billion in project financing in the past 10 months, largely for projects that form part of the China-Pakistan Economic Corridor.